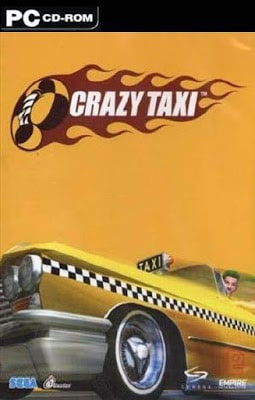 Crazy Taxi is a series of score attack racing video games that was developed by Hitmaker and published by Sega. The first game appeared in arcades in 1999 and was very successful, prompting Sega to port the arcade version to their Dreamcast console in 2000. It is the third best-selling Dreamcast game in the United States, selling over a million copies.The game was later ported to the PlayStation 2, Nintendo GameCube, and PC with sequels also appearing on the Xbox, Game Boy Advance, and PlayStation Portable systems.

Each game has the player assume the role of a taxi driver who must accumulate money by delivering passengers to their destinations in the fastest time possible, earning tips by performing “crazy stunts” before the time runs out.